A Ceremonial Retreat in Utah

Adolfo and Rodolfo finally got visas to travel to the U.S., and our group of 25 shamanic students and practitioners gathered in the red rock wilderness of Capitol Reef National Park, to work ceremonially with these two brothers from the Peruvian Andes.

Their family lineage dates back many centuries before the Incas; powerful Altomisayoks (high mountain shamans) and other great healers from the Pomacanchi region of Peru passed on their knowledge and healing power to the present day, and Adolfo, Rodolfo, and their siblings were initiated into the Andean Spiritual Cosmology by their father and other Maestros (teachers).

We gathered in a hotel conference room in Torrey, Utah. It was November and the weather forecast was for cold and snow. I immediately felt some uncomfortable energy in the group and thought it was perhaps because two distinct groups had come together without prior introduction. Our group from Santa Fe knew each other well from many ceremonies, wilderness fasts, and trips to Peru. The others were from Colorado and also seemed to know each other well.

As the first day came to a close, I began to worry that the “split” in the group might cause some problems. It was just a vague feeling, and the next morning we took off into the wilderness in a caravan of cars, apparently bound for a place out in the desert where there was water. The first hint of trouble began as the leader, one of the organizers from Colorado, announced to the drivers that we were on the wrong dirt road. Immediately after that, we were told to drive across the Fremont River which was already 18 inches deep and rising. By this time, Tod, our driver, an experienced wilderness guide, was having serious doubts. Niccole and I sat in the back seat and reminded each other of our “first rule” for taking people into the wilderness: Know exactly where you are going and what the conditions are!

By now the caravan was approaching a dry arroyo. The leader pulled ahead, just out of the arroyo, and parked. Several of the cars behind him had to stop in the arroyo. My husband, Frank, got out and walked back to tell the drivers to pull ahead out of the arroyo as it had started to rain and flash floods are common here. He was met with a loud and resentful response from some of the Colorado people, so decided to retreat. Tod then turned our vehicle around and headed back down the hill towards the river, as the organizer had decided we were not in a good place for ceremony. Tod stopped briefly and told the leader we would meet everyone on the other side of the river.

By the time we got there, the Fremont was up several more inches. It was unnerving, driving through the deep water, and when we were on the other side, we waited as we had promised. No one came. After an hour, I had the intuition that Adolfo had decided to do ceremony where they were. I’ve worked with him so many times in Peru, and I know how he thinks.

It was beautiful land, and the cliffs and deep gorges invited ceremony and silence. I was sure that’s what had happened, so the four of us conferred and felt strongly we should not re-cross the river, which was becoming deeper by the minute, but should find a place where we could do our own ceremonies. As it turned out, we were not far from a marvelous multi-colored canyon which by now had a stream running through it, and waterfalls tumbling off the cliffs. We were enthralled with the beauty around us and hiked deep into the depths of Mother Earth, stopping now and then to make prayers and ceremonial offerings. It was quite cold but the magic of the place drew us onward. We probably hiked about 4 miles.

By the time we got back to the hotel it was dark, and we were met by a very upset group who had called Search and Rescue. Apparently, our organizer did not remember that we had turned around with a mutually agreed upon plan to wait for the group at the river. Some of the Colorado people were certain we were dead; others thought we had somehow become invisible. The theories were wild and out of control. Adolfo, however, had apparently stated that “Carol is very responsible with ceremony” and he felt we were not in trouble.

Nonetheless, the Sheriff arrived and asked to speak with the organizer, plus Adolfo and Rodolfo, the translator, and Tod our driver. Tod presented our story admirably and truthfully and the Sheriff declared that the organizer had endangered the entire group by taking them out on dirt roads, through the Fremont River and in unpredictable weather. “Several people have died that way recently,” he stated.

Later, Adolfo told me and Niccole that we had had our own initiation. We agreed that was exactly how it felt. It was certainly a bonding experience for the four of us, and we had all felt guided by Spirit to hike deep into the canyon and do ceremony at the waterfall and other places along the way.

The next day I was disturbed by the rancor in the group. It seemed that many from the Colorado contingent were convinced we had disappeared on purpose and without telling anyone.

I wondered how Adolfo and Rodolfo would handle the energies that were swirling around. I knew they would not “process” the disturbance in the Western psychological way. They would do something energetic. I knew that night they were deep in meditation, asking the Apus (sacred Spirits of the mountains) for guidance. The next morning it was clear they hadn’t slept much. They gathered us together and announced we would spend the entire day without food in a wilderness location several miles from Torrey.

An hour later, we arrived in the freezing cold, bundled in jackets, hats, and ponchos, and walked to a stream where Adolfo gave instructions for meditative practice and baptismal ceremony. The water was icy, but the instruction was to bathe forehead, heart, and solar plexus in the cold water. Alternatively, we could do full immersion, a powerful cleansing ceremony.

An hour later we moved to a red cliff with ancient faces etched by wind and water. Here, we stood in the wind and received instructions on an ancient Incan sun ritual, which we then performed as a group.

Later, we sat for awhile at the base of the cliff in silence and gratitude. At the end of the day, many of us were shaking from cold and lack of calories, yet no one complained. As we filed back up the hill to our cars, I pondered what had just happened.

Although we had not processed the event of the day before, something had shifted. I thought about how disparate groups and individuals in communities come together in difficult times such as during floods and hurricanes. I remembered a flash flood during a vision quest Niccole and I had led in Death Valley. The whole group dropped into a space of rapidly assessing risk and figuring out how to cooperate and get everyone out quickly. Another time, a howling wind and dust storm brought the same instant “coming together.”

Suddenly it dawned on me that the combination of ceremony (which brings heart-felt spiritual expansion and bliss) and environmental ordeal (which forces everyone out of their judgements and criticism) were the factors Adolfo and Rodolfo were relying on to bridge the gap between the groups. All ancient traditions rely on this truth: ceremony and ordeal create the conditions for transforming individuals and groups. Wilderness Fasts, Vision Quests, Sun Dance, plant medicine ceremonies, pilgrimages, various forms of rites of passage – all create highly expanded and visionary states within a setting or with conditions that can be very difficult physically and emotionally.

Our cold day of ceremony in the desert with no food provided an ideal situation for personal and community transformation. Adolfo and Rodolfo, of course, knew this ahead of time; their arduous initiations amidst the glaciers and sacred lakes of the high Andes taught them what to expect. “Comfort is not your ally” they have said.

As Frank and I drove away from Capitol Reef, we felt different. No, we had not become friends with the Colorado people, but the energy of projection and judgement was gone. We felt whole, integrated, strong. We thanked the ancestors of this magical place, and the Apus of Peru, for a powerful and unexpected healing. 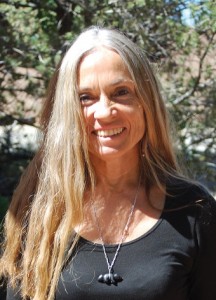 Counseling, Consciousness, and Survival in…

I never thought that the coursework in a master’s degree in counseling would help me to...

Inspiring Stories About Our Students…

Since 2006, Ecotherapy students at SWC  have been reconnecting to Mother Earth by going on Wilderness...