Light Figures and Consciousness:  At the Core of Southwestern’s Curriculum

by Katherine Ninos, developer of the Psychology of Consciousness Sequence 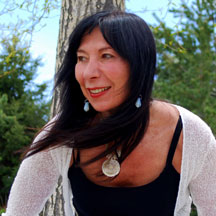 As you all know, Southwestern College’s mission statement reads “Transforming Consciousness through Education.” Consciousness has always been at the center of our curriculum; indeed, our two quarter sequence “Psychology of Consciousness” constitutes one of the signature experiences in the transformational education for which Southwestern is known.

It has come to my attention over time that altogether too many faculty, trustees and friends of the College have only the sketchiest notion of what happens in “Consciousness” class. It has never been my intention for these courses to be unduly mysterious (though some of the amazing things that happen in the classes seem to derive from the mystery realms!)

So, in the spirit of transparency and transformational education, I would like to share some of the profound learning that Southwestern College students were willing to share with me over the past quarter.

Choosing (many would say “being chosen by”) a Light Figure is a core experience of Psychology of Consciousness II: Paradigm Shifts and Change Agents. What do we mean by a Light Figure? A Light Figure is someone who is or was “real”, who acted or moved in the world in such a way as to inspire others (a student) by making a significant difference and contribution in the world, often against great odds. So “Light Figure” may sound mysterious until you learn who some of the Light Figures students have chosen to embody for this course have been: Jesus, the Buddha, Helen Keller, Peace Pilgrim, John Lennon, Joan of Arc, Thomas Merton, Marie Curie, Bill Wilson, Golda Meir, Jane Adams, Walt Whitman, Fools Crow, Margaret Sanger, John Stuart Mill, Johnny Cash, Kwan Yin, Saint Dymphna, Rumi, Gertrude Stein, Jiddu Krishnamurti to name a few.

No doubt you can feel, energetically, a commonality running through these figures. They were often at odds with the dominant culture or prevailing paradigm, yet had an unwavering alignment with their own higher selves and with source or divinity allowing them to hold and act on their vision, often in the face of misunderstanding, hostility and/or danger.

Students in Consciousness do not only “study” these inspirational figures. They invite them into their own being, and in turn become part of the Light Figure’s being over the course of ten weeks. They live and breathe these inspirations, allowing the qualities they admire in their light figure/mentor to awaken further in themselves. They study current events domestically and abroad that reflect the pattern of the past time period of their light figure to see how patterns cycle and repeat themselves. Seeing these events through the eyes of their light figure helps in gaining a larger perspective.

Interestingly, students frequently report that they “didn’t want” to do a particular Light Figure, but felt an extraordinary energetic pull or magnetism to that person anyway. (That is an example of the mysterious experiences in the course.) They may find that a person who seemed initially like a saintly or impeccable character turns out to have a dark or shadow side as well. This revelation that a larger- than-life inspiration also struggled in this life can bring home the Light Figure’s human status, making them more complex and real, and less of an iconic or faultless being.

The actual presentations in class often include costumes, a modest set, and always an intention to let the Light Figure’s energy flow through them in the moment. My experience of students bringing their Light Figure into the class is frequently nothing short of stunning. Introverts can become outwardly powerful, the tentative can become bold, the outspoken can become soft and silent.

It has been one of the greatest honors of my life to witness these transformational presentations over the past thirty years, and students in the class have expressed the same sentiment. Some graduates of the College report that, years later, their Light Figure is still a significant presence in their lives, still offering teachings that extend well beyond the brief duration of the classes themselves.

So, with the students’ permission, of course, I offer here some of their experiences related to Light Figures, Consciousness, or both, as well as some reflections given to us by SWC alumni. I honor them for their journey and am thankful for their courage in allowing us this opportunity to see inside the mysteries of Consciousness.

Students and alumni reflect on their light figures