Katherine Ninos Light Figure Scholarship (4.5 units)
Katherine Ninos created the Psychology of Consciousness course sequence at Southwestern College, and has dedicated much of her adult life to helping students find inspiration through their own Light Figure. A Light Figure is someone who acts or has acted in such a way as to inspire others by making a significant difference and contribution in the world. 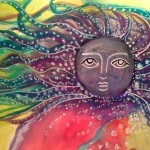 Creativity and Soul Scholarship (2 units)
Creative expression has always been the way that humans access and nurture the soul. At SWC we believe creativity is “soul-in-action.” Creativity and soul are rooted in the traditions here, and they are an integral part of the classroom experience.

Martin Luther King, Jr. Award (2 units)
Ralph Waldo Emerson, powerful influence on Robert Waterman and the founding of Quimby/Southwestern College, was himself influenced heavily by Hindu scripture. He in turn was a mentor to Henry David Thoreau, whose writings (especially his essay Civil Disobedience) powerfully influenced Dr. Martin Luther King, Jr. and Mohandas Gandhi. The wheel goes round and round. Dr. King, of course, championed non-violent protest and will be an influence on every generation of Americans well into the future. We hope he also influences Southwestern College students who are interested in Social Justice and non-violent action. 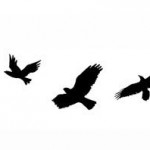 Describe a transformational learning experience prior to or during your time at SWC, and how it has contributed to your current path in your chosen field of study.