Our indigenous elders and healers tell us that ancestors can get stuck on the earth plane after passing. This may be due to a traumatic and unexpected death in which the soul is unprepared for the sudden passage into Spirit. Or it might be that the ancestor had no one available to do the traditional ceremonies to help the soul pass into higher realms.

In our Western culture, we are familiar with the possibility that a place or house might be “haunted.”   Similarly, the site of a traumatic event such as an accident, massacre, or natural disaster can result in a sense that the place is inhabited by distressed, sad, heavy energies. 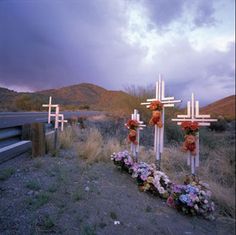 These heavy energies or “stuck souls” can be cleared with prayer and ceremony.  Indigenous medicine people have traditional ceremonies and prayers  for this purpose, passed down through the ages.   A modern person, trained in shamanic techniques, can perform a ceremony they have learned, or can simply employ powerful prayers from any tradition.  Oftentimes, a plant such as ceremonial tobacco is helpful.  Ceremonial tobacco (nicotiana rustica) grown for non-commercial use is a highly powerful ally when clearing ancestral energies from a place.

Traditionally the tobacco would be prayed over, then smoked in a pipe or cigarette;  the smoke from the tobacco plus the prayers help clear the site and help the souls move to a higher level.

Souls should not remain “stuck” on the earth plane.  It is not where they belong!  But Mother Earth is full of such places these days due to wars, natural disasters such as earthquakes and tsunamis, etc.   It is important that many people learn the prayers and ceremonies to help these energies move to a higher level or “towards the Light” as some medicine people describe it. 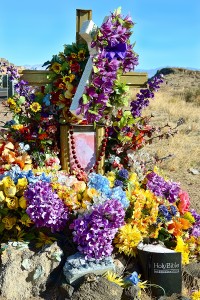 The land itself does not “hang on to ” these energies.  Mother Earth doesn’t cling to these energies.  However, accumulated energies in a place on earth can create a sense of “heaviness” or sadness.  We have all had that sensation for example at a war memorial, or at a place where many people were massacred,  or perhaps someone’s home where someone has died recently.

It is up to those living on earth to clear these areas as quickly as possible.

About 4 years ago I made a traditional pilgrimage in the Appenine Mts of Italy along a route walked by thousands of Catholics over the centuries.  These Catholics each carried (and still do) a huge stone up the mountain as penance for their sins.  At the top of the mountain,  they deposit  the stones in a heap,  then depart  from the site feeling unburdened.   When I arrived at the site,  I felt almost ill from the accumulated heavy emotions and energy of the place.  It felt awful!!  It was then I realized that the Catholic tradition does not emphasize clearing these energies.

The ceremony of hauling stones up the mountain in penance was only half complete…the other half was to employ ritual, prayer, tobacco, incense and other known methods to release all the heaviness.  These heavy energies, whatever their origin need to be cleared as quickly as possible.

Eventually, heavy energies from trauma, sudden death, or whatever the human source, will leave the earth plane.  New forests will grow over old sites,  haunted houses will be torn down, confused souls will finally move on.  However, these energies don’t have to linger.  We can learn the “old ways” of clearing and cleansing.  This is important so that the suffering of the ancestors is healed and what gets passed forward to our children is joy and health.

My Journey With My Ally Plant, by Dr. Carol Parker About 10 years ago while leading...

Inspiring Stories About Our Students…

Since 2006, Ecotherapy students at SWC  have been reconnecting to Mother Earth by going on Wilderness...

Marijuana and the Profession of…

The plant known as marijuana has long been known in the indigenous world to carry a...