So here we go! The fifth person we would like to shine a spotlight on is:

Kathryn Harris Tijerina is a current member of the Board of Trustees at Southwestern College. 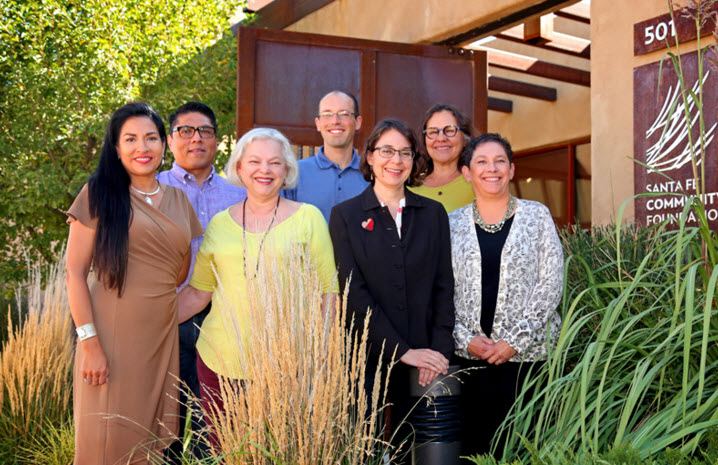 Kathryn is an enrolled citizen of the Comanche Nation.  She was born and raised in Comanche country in southwestern Oklahoma.  She earned her BA from Harvard and graduated Magna cum Laude.  She earned her Juris Doctorate from Stanford Law School.  She passed the bar exam and is a member of the Bar Association of Washington DC. As the former President of IAIA, Kathryn acquired the building for the IAIA Museum, the land for the current campus, and sited and found money to build the road to the campus.  Kathryn researched and wrote for the Indian Policy Review Commission of the US Congress and was of counsel to the US Senate Indian Affairs Committee where she drafted the first Indian Religious Freedom Act.  She directed the Indian Resource Development (IRD) program for the State of New Mexico’s colleges and universities. She served as the First Leader of the Comanche Nation College Council and helped create the College.

In the non-Indian realm, she worked for the Chief Justice of the NM Supreme Court; directed natural resources for the State of NM as the Deputy Secretary of the Department; served on the Albuquerque Mayor’s Cabinet as Director for Cultural and Recreational Services; represented the University of Phoenix, and was the Executive Director of the Railyard Stewards.

Currently in her retirement she is the Chair of the Native Fund of the Santa Fe Community Foundation, Vice-Chair of the Santa Fe Indian Center; member of the LANAL Foundation, member of the Board of Trustees for Southwestern College, Past-President of the Rotary del Sur Club, and an Advisor for the Americans for Indian Opportunity’s Ambassador Program. Kathryn has been married to her law school sweetheart, Manuel, for 44 years in 2019.  She loves teaching and enjoys movies, reading & gardening.

connect with her on

Tags: Board of Trustees Comanche Nation

Craig McAdams, M.A., LMHC After returning from internship in Peru, I graduated with a Master’s in...

The initial impulse to create a unique higher learning institution devoted to consciousness began in 1976...