A Boy & His Sketchbook by William C. Jenkins, Jr.

Poem in Third person about your wildest love

A Boy & His Sketchbook

There once was a introverted boy, most people associated him with being shy, living in the projects. The boy didn’t have many friends; to be honest he didn’t like his fellow classmates. They were into sports, smoking/selling weed, and joining gangs. All the boy ever wanted was a peaceful place to sketch. This boy loved to draw any cartoon characters he sees on television and books. It didn’t matter if he was good at it or not, just drawing in his sketchbook was his way of escaping reality. Escaping the bullies, the gang initiations, and the negative interactions with his father. The boy would spend endless hours drawing in that sketchbook of his. He cherished that book so much, that he never allowed it out of his room. He didn’t brag nor boast about it, he didn’t tell anyone about his ability to draw. The boy would just keep to himself during each class period. Enduring & taking all the hurtful words, day-by-day, week-by-week. The boy couldn’t wait to go home and just be with his sketchbook. The boy would experiment back and forth between pens and pencils. The boy even documented his work, labeling the dates at the top of the paper. One thing is for certain, even though he didn’t have a good support base, at least could be proud of his creations. 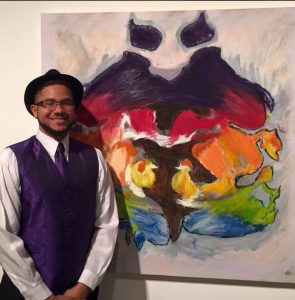 Beautiful Boy - by Deborah Schroder I recently picked up the newly-released edition of Beautiful Boy, David...

In the spring of 2014, I took "Archetypal Psychology" with Heather Wulfers at Southwestern College. I...

Compassion Fatigue – With a…