One of my several mentors, Dr. Sandra Shulman, told me to never let a professional license lapse.

So I went ahead and did, and always regretted it. There were reasons, of course–almost always money. It almost always created unforeseen headaches. Sometimes a LOT of them, and sometimes it took a long time and a lot more money to make it right…

So I have a caveat to Art Therapists who are sometimes quite vocal about not wanting to have to carry two licenses, and PAY for two licenses—KEEP THE LPCC, even if you eventually get third-party reimbursement for your LPAT from Medicaid.

The LPCC is by far the more robust and portable license in this country. You want to have it. I know it costs money. Been there.

There still are not many states that license Art Therapists as Art Therapists. You have a much better chance (it is not a guarantee by any means) of getting licensed elsewhere if you are already licensed SOMEwhere, and “Licensed Counselor” title is going to carry more weight in states that do not recognize Art Therapy as a unique and license-able discipline.

I know this may not be a popular post with some people. I totally support Art Therapy as a distinct and unique field, and I testified at the Roundhouse to that effect. But when I hear people making the argument that they want to be paid as Art Therapists for doing work for Medicaid, well, I get it, but I think it is a really, really bad idea to drop the LPCC. 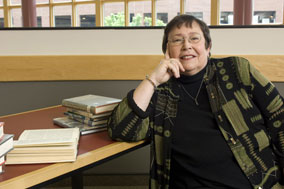 Six Reasons to Get Your…

How Do I Become a…

Dr. Nolan answers the question "How do I become a professional counselor?"...

MA in Counseling or Ph.D.…

An MA in Counseling is the fastest and most economical track to becoming a Psychotherapist/Counselor......