What It Means to Become a Man at Southwestern College, by M. Kevin Clark

Integration of the Mature Masculine

Awakening into consciousness is a new way of being alive for men of the 21st century. The men of Southwestern College are at the fountainhead of the hero’s journey into modern masculinity. The question that begs to be answered is, what does it mean to be a man? Aside from the Puerist pursuits of power, prestige, and wealth, the mature masculine seeks greater connection and awareness with self, the global community, and with the other than human world. Men are called to evolve beyond the stoic isolationism and rugged individualism that is too common in our culture, and involve themselves in the soul searching inner expedition to unearth the generative adult that lurks deep within the male psyche. As we explore the rich and fertile inner lives of modern men, we wrestle for balance between traditionally masculine energy which is typified by strength, competition, and protection. With what CG Jung called our anima, or inner feminine, that is structured with traits of emotional intelligence, nurturing, and sensitivity. 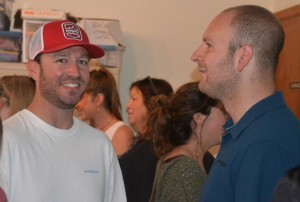 The initiated male and wise elders that model the behavior of mature masculine seem to be a thing of the past nowadays. The search for soul has been short circuited for more trivial divertissements of materialism, always leaving a hollow emptiness waiting to be filled.  Through our graduate studies men are provided with the opportunity to fill obligations of the soul through a traditional vision quest. In the quest for vision we spend ten days in the wilderness of ancient Navajo land called Canyon de Chelly. Four of the ten days are passed alone in nature with minimal supplies and no food seeking insight from the Uni-verse. Consciousness is transformed through rites of passage and boyhood psychology gives way to the mature masculine archetype. Fragmentation is transmuted into cohesion, and men are supported in this voyage and are prepared to share their gifts with the world and nature at large. At the college men are encouraged to move about the world as agents of change and to envision what Charles Eisenstein calls, ‘The More Beautiful World Our Hearts Know Is Possible.’ Men are championed to live in the question of what it means to be a man, and seek the connection that gives life meaning and purpose. The wholeness and generativity of the mature masculine male is embodied and actualized at Southwestern College.

Jim Nolan, Former President
Jim Nolan was the President of Southwestern College from 2006 - 2018. He holds a Ph.D. in Counseling Psychology, and has a private practice in Santa Fe. He went to graduate school in Irish and English literature, too, and reads a lot of books, takes a lot of photos and plays guitar. Sort of. His best friend of all times, a Wire Haired Fox Terrier named Barney, recently passed into non-physical. Barney was a true guru. Jim is the opposite of a guru, whatever that is called. He doesn't know anything, and he knows that. It seems to work out...
Tags: Southwestern College Transformation New Earth Institute Keven Clark Men Male Consciousness Holistice Counseling

On Being a Man in…

Back in the 1990s, when I was in graduate school the first time around (for my...

Healing the Patriarchal Wound by…

I define the patriarchal wound as ancestral suffering and intergenerational trauma caused by the power...

Why I Chose Southwestern College,…