The PO Is In the Room, by Andrew Fearnside

Andrew Fearnside’s Blog Series offers unique, poignant and tragi-comedic insights into the work of being a therapist. He is a graduate of Southwestern College.

Court-ordered clients [hereafter referred to as patients] bring their PO into therapy with them. As the therapist, I have to handle this complication, somehow or other. This is so because the therapist has to report on the patient’s progress to the PO—mirroring my patient, in a way. My patient can’t get out of it. I can’t get out of it either.

This is bad, because it means we have a serious ghost in the room, on top of any others my patient and I bring along.

On the other hand, this is good. I can pass the buck on the difficult job of being the Cop. I don’t directly bust my patients if they don’t comply with treatment, say by no-showing; ultimately, the PO does. So the PO is my friend, clinically, in that she has her finger on the trigger of some powerful disincentives: jail, more official scrutiny in the form of probation meetings and UA’s (urinary analyses), more hoops to jump through. At least she sort of does. She too can pass the buck–to the Judge.

Let’s look at some configurations of these participants in treatment.

I drag my feet on PO paperwork. I avoid it. And then I work to reel in the projections that drive that avoidance, see them, speak them in my own analysis, and digest them once again. Within the realm of my complexes, I hold the PO in the same constellation as the Insurer and the Lawyer until I notice that I’m doing so. Thankfully, reality comes to my aid: while my direct experience of folks in the PO role has been limited, I have to admit that almost universally, PO’s have tended to care about their clients, to work diligently at navigating the ethics of the situations they intervene in, and to have a functional and pragmatic political view of the system they work within. They’re not nearly as hostile as I imagine them to be, or as my patients often paint them.

That being said, PO’s are a problem in developing treatment, because PO’s are a guaranteed leak in the therapeutic container. This leak complicates every aspect of treatment, from assessment and diagnosis to treatment planning, treatment itself, all the way through to discharge, drawing attention away from the work at hand. I am starting to believe that with the PO in the room, the seeds of early treatment struggle to find purchase, stymied by competitors for the psychological nutrients available to the work. And without those seeds, something like a transformational analysis cannot happen. And isn’t transformation the point?

It seems that many PO’s start out by getting tough on the patient. The assumption is often that the patient is lying, that the patient is trying to weasel out of their just desserts. The PO uses the tools she has, such as mandating counseling, to give the person serving their sentence many things to do. Many data points that the PO, and the patient, can point to when wanting to demonstrate progress, or failure, to the eventual Judge. For the patient who isn’t interested in something as abstract as “personal growth,” these data points often amount to hoops to jump through. If my patient can tough it out, jump through the hoops prescribed and not give the PO any sass, then the PO will relent, generally within 3-4 months, and dial it back a bit. Less UA’s, less PO visits downtown, even less total time on probation are all possible, if the patient can see the situation for what it is, and avoid getting riled or terrified.

Can we see the situation for what it is, I and my patient? That’s a tall order, really. The attempt to do so is transformative in itself.

Patients with PO’s know that the Therapist reports to the PO. So they speak not only to the developing therapeutic relationship, but to the PO as well. It can feel odd, facing a person who has polished everything in their life to a high luster in an effort to reduce the duration of their treatment/sentence.

Patients can do good work, in this setup. They can use the restrictions placed on them to break away from fellow addicts, if they want to. They can pass through some grief. They can get a job, or leave the one they hate; they can take steps towards a healthier relationship with the substances that got them busted, whether that is harm reduction, or sobriety, or something in between.

“The System.” That’s how we think of the PO. I wonder: does the PO think that of themselves? Whether she does or not, it’s a heavy burden, that image of “the System.” She has to hold it somehow, just as I do, and as our patient does as well. Perhaps we can be grateful to the PO for handling it, for keeping it at bay a bit. Although I believe that the system can serve our patients, I have seen it attempt to crush them as well. And it can feel like it’s crushing me too, at times. I wonder; does it crush the PO too?

What an amazing opportunity, this work.

**UA: Urinalysis. Generally ordered randomly, with frequency tuned to the PO’s sense of the offender’s likelihood of acting out. Often given weekly, rarely daily, at the outset of probation, then monthly or even biannually if the offender has been complying with PO mandates. Generally administered at the Probation Office by security personnel. 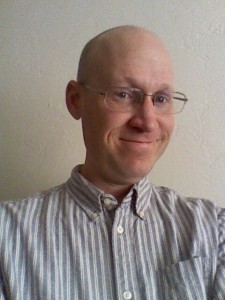 The Insurer, by Andrew Fearnside…

The Insurer by Andrew Fearnside   3,000 Hours: Meeting The Auditor I've got this image of...

Andrew Fearnside, LMHC I work as a psychotherapist for a small agency in Albuquerque, NM, providing...