A Poem of Gratitude from Eric Golden 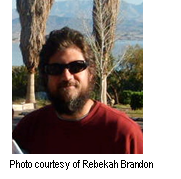 May I embrace you

May my heart be in the presence

May our brief touches last

May our paths cross

May I love you

Remember Home: A Poem by…

REMEMBER HOME Turn back towards God Loneliness, panic, sadness, disconnection Any sufferings Are not punishments They...

Aha and Aho! Reflections of…

Today I attended the first of a two-day Phoenix-based EMDR conference with Columbian born...

The World Dream – a…

The World Dream In the dream of the whole world She notes ...