First Impressions of a Maverick Institution, by Amy Gordon

First Impressions of a Maverick Institution, by Amy Gordon

Jumping off the precipice into graduate school can be frightening.  There is comfort in the status quo.  I did not plan on pursuing a master’s degree or becoming a counselor but life has a way of guiding us.  Life guided me to Southwestern College and I am thrilled to have embarked on this journey.

Autumn tends to be nature’s most difficult season for me.  My mood tends to be more somber and I am more introspective than in other seasons.  Despite this sullenness, I am learning to appreciate fall for the insight it provides.  It was during this season in 2014 that I sat on rock ledge in the foothills of the Black Hills and asked the Universe what changes I could make to bring more happiness and fulfillment to my life.  The answer I received was that I could continue my education and consider developing a career which is more in alignment with my strengths and passions.  After researching various institutions, it didn’t take long for me to realize that I was being guided toward Southwestern College.

My partner in marriage, an avid mountain biker, was excited at the prospect of moving to Santa Fe, NM from Lincoln, NE where the mountain biking is not quite as mountainous.  We planned, arranged, then moved to Santa Fe in July 2015.  Within my first few days in Santa Fe I posted a sign at the school in an attempt to recruit people to run with.  I quickly received responses from a few veteran students at the school.  These students provided me an enticing glimpse into life as a part of the Southwestern community.  They shared with me stories of powerful, positive, and transformative experiences.  These students themselves were fascinating, wise, and kind.

During orientation, upon meeting more students, I became aware that my running buddies were the rule and not the exception. My colleagues, having traveled from all over this country and planet to attend Southwestern, were just as fascinating and kind.  As a part of this orientation, students were invited to participate in a hike at Tent Rocks National Monument in Cochiti, NM.  I was pleasantly surprised to discover that my new running buddy, Bryce Downey, was to lead the hike.  It was a beautiful and enlightening experience led by a beautiful and enlightening guide. 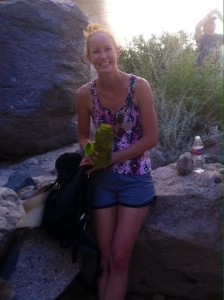 Tent Rocks, gently smooth and profoundly pointed, vibrantly alive and mystically inviting, was a perfect initiation to such a symbolically similar academic center.  This community, so unique and revolutionary in approach, boasts Transforming Consciousness through Education as its mission statement.  It was described by the school’s president as a “maverick institution” during an orientation meeting.  I am beginning to see more clearly what this means and I am thrilled to have embarked on this journey.

Author information:  Amy Gordon is a Counseling student at Southwestern College.  She obtained her Bachelor’s degree at the University of Nebraska with a major in Psychology and a minor in Religious Studies.  She has worked as a professional for adults with intellectual disabilities since 2008, and is a passionate advocate for individuals of this population.  Amy’s other interests and activities include running, mountain-biking, playing synthesizer and flute, enjoying good food and drink, and spending quality time with her cats and life partner. 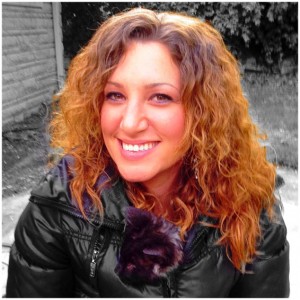 Jim Nolan, Former President
Jim Nolan was the President of Southwestern College from 2006 - 2018. He holds a Ph.D. in Counseling Psychology, and has a private practice in Santa Fe. He went to graduate school in Irish and English literature, too, and reads a lot of books, takes a lot of photos and plays guitar. Sort of. His best friend of all times, a Wire Haired Fox Terrier named Barney, recently passed into non-physical. Barney was a true guru. Jim is the opposite of a guru, whatever that is called. He doesn't know anything, and he knows that. It seems to work out...
Tags: Southwestern College Transformation Amy Gordon

I Said Something Stupid in…

It was a vision. On the rising from sleep one idle morning, the young 25-year-old girl...

Transformation and Awakening at Southwestern…

It was a vision.  On the rising from sleep one idle morning, the young 25-year-old...