I Said Something Stupid in Class, by Amy Gordon

I Said Something Stupid in Class 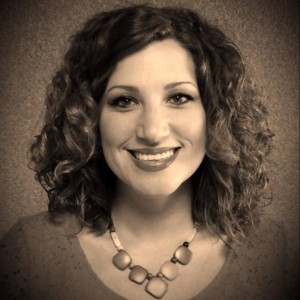 I said something “stupid” in the first class on my first day at my new school. It doesn’t really matter what was said. Truthfully, most would disagree and express that my statement wasn’t stupid at all, but the fact of the matter is that I did not represent myself as I wished I had. The best way to describe my sentiments after I remarked is to say that I felt “stupid”.

The instructor initiated our class by speaking to that fact that the space would be a safe and confidential environment; that participants should feel free to express themselves as much or as little as desired without fear of judgement. The only exception was that that participants must be kind (not to be confused with “nice”) and respectful. My statement was neither unkind nor disrespectful. Given the instructor’s declaration and the class’ commitment to maintaining a safe space, it did not make sense that I felt so “stupid” after speaking.

In the second class on my first day at my new school, another instructor provided a similar introduction. The instructor ensured a kind and confidential atmosphere and my colleagues committed to maintaining a safe space. As the class proceeded, I forgot about my feelings of embarrassment resulting from the event of my first class. We discussed the syllabus, expectations, and some subject matter relating to the class. Before long the instructor broached the topic of shame.

With a recent real-life example to reflect upon, I considered many definitions of what shame is. Webster’s Dictionary defines shame as: “a painful emotion caused by consciousness of guilt, shortcoming, or impropriety.” A painful emotion, indeed. Caused by my consciousness of a perceived shortcoming, for sure. Author Brené Brown, Ph.D. presents that shame is the intensely painful feeling that we are unworthy of love and belonging.

My earlier verbalization did not warrant beating myself up. It certainly didn’t warrant feelings of being unworthy of love and belonging. Putting my experience in light of these definitions, considerations, and discussion allowed me to examine my feelings of shame and ultimately release this unnecessary emotion. I would like to invite readers to do similarly and also know that they are not alone when experiencing shame, embarrassment, or feeling “stupid”.

Amy Gordon is a student at Southwestern College, and already knows a thing or two about “Transforming Consciousness through Education”… She’s a Fast Learner…

Jim Nolan, Former President
Jim Nolan was the President of Southwestern College from 2006 - 2018. He holds a Ph.D. in Counseling Psychology, and has a private practice in Santa Fe. He went to graduate school in Irish and English literature, too, and reads a lot of books, takes a lot of photos and plays guitar. Sort of. His best friend of all times, a Wire Haired Fox Terrier named Barney, recently passed into non-physical. Barney was a true guru. Jim is the opposite of a guru, whatever that is called. He doesn't know anything, and he knows that. It seems to work out...
Tags: Southwestern College Transformation Amy Gordon

First Impressions of a Maverick…

Student Amy Gordon's reflections on the beginning of graduate school at Southwestern College......

It was during my second week at Southwestern College, the second meeting of Tuesday’s Psychology of...

It was a vision. On the rising from sleep one idle morning, the young 25-year-old girl...