What Does “Spirituality” Mean at Southwestern College? By Hilary Gunby

It’s a shame that as a society we often doubt the validity of an institution that claims to bring light, positivity, and healing to the world (especially one in the realm of higher education, for it seems many just want to fill as many seats as possible. I think of Steve Martin’s words in the film The Jerk: “It’s a profit deal!”

Even so, it’s totally natural. This disbelief is a consequence of our collective confusion in a world filled with schemers, scammers, and fabricators. Our cynicism becomes “realism,” and as a result of one disappointment after another, we become skeptical and hardened in hopes of protecting ourselves from becoming victims of false promises.

Admittedly, my decision to invest in a degree at Southwestern College did not come without the very doubt I speak of. My choice was certainly not made blindly, and was definitely not entirely spiritually motivated. After hours of investigation into the history of the institution, accreditation status, the current careers of graduates, and interviews with students past and present, here is what I’ve discovered. 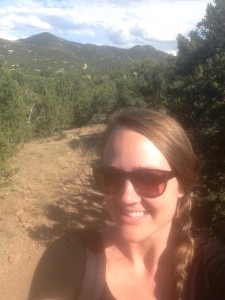 Southwestern College is not a woo-woo institution claiming to provide salvation or to produce superheroes. It is a genuine group of experienced leaders in the field who are willing to collaborate with students on a journey of personal exploration and professional growth. Why? To contribute wholehearted human beings who aim to help others see light, the sacredness of life, in a world overshadowed by darkness. To prepare counselors-in-training to make space for and give hope to at least one of our clients who may be feeling lost. This is our calling, and the way we see it, it’s a spiritual one.

After an engaging discussion with fellow students and school leadership, I got to thinking about what is meant when speaking of Southwestern as a “spiritual” institution. From what I have seen and experienced as an incoming student, the spiritual aspect of this program is about experiencing how to create a nonjudgmental and loving environment for your clients through working out your own issues and history first (“taking the plank from your own eye”). The spirituality of Southwestern College involves learning to trust the inherent wisdom of the self once you’ve learned to operate from the clarity of self-reflection, keen awareness, and inner work. It is about identifying and processing personal, cultural, and spiritual biases that may get in the way of meeting a client where they are. Southwestern is unique in the sense that it is not restrained by a mess of red tape that makes talk of spirituality taboo, common in most public institutions of learning. If spirituality (or lack thereof) plays a role in a person’s behavior and beliefs, which anyone who watches the news may observe it certainly does, Southwestern prepares you to investigate this often overlooked piece of the complex human puzzle.

Spirituality, in countless forms, has played an important role in the Southwestern student’s life. This is not an institution with its own requirements or influence on how a student’s spirituality should be, but rather a safe place for us to express the effects of our sense of spirituality in our own lives. Southwestern provides a community with others who acknowledge the power of one’s spiritual experience, and an avenue to explore how or whether our sense of spirituality could interfere with or enhance a client’s progress.

In other words, at Southwestern, a person’s spiritual experience is not ignored and rejected, but examined and embraced, and this to me is progressive, brave, and beautiful; not something to fear, label, or criticize.

Hilary Gunby is an alumna of Southwestern College.

Nature As Teacher: Reflections on…

A first-year student integrates the beauty of Santa Fe and her learning at Southwestern College....

The initial impulse to create a unique higher learning institution devoted to consciousness began in 1976...