Novel Formation: How Literature Has Informed My Interest in Psychology

When I was in high school, I was recruited to the scholastic bowl team as the captain nerd literature expert.  I just couldn’t get my hands on enough great literature. I’d spend all of my babysitting money at the used bookstore and ended up dating some real creepos just because they liked Dostoyevsky and Burroughs. The nourishment and fulfillment that well written books brought me as a teenager and young adult was immense and unending. Little did I know that someday my love of books would come in handy…  now that I am studying Counseling and Art Therapy, I am realizing just how much great literature has taught me about human psychology. So, I thought I’d write a little ditty about some valuable lessons I’ve learned from great works of literature. 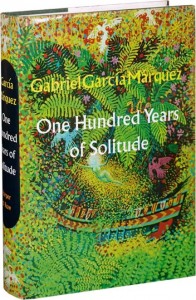 1. Active Imagination, Gabriel Garcia Marquez’s One Hundred Years of Solitude:     Sometimes I really long to live in the magical and wacky world of the Buendia family. After reading this book, I was validated in my belief that everything seemingly mundane could be transformed into something magical and exciting just through the power of the imagination. The Buendia family taught me that ghosts can visit me anytime, people can turn tiny and shrink into nothing as they age, and not to fool around with alchemy. This book certainly helped me to surrender to the lightness and magic of my imagination and its healing powers. As Mr. Gabriel writes, “things have a life of their own, it’s simply a matter of waking up their souls.” 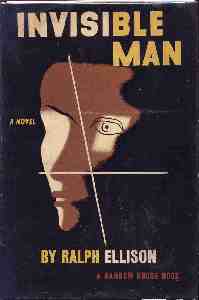 2. Projection, Ralph Ellison’s Invisible Man: This is perhaps my favorite book ever written. Not to be confused with The Invisible Man, this book plays with the theme of identity juxtaposed against projection and racism. The book is crafted like an eerie piece of surreal jazz music. Ellison plays with classical and archetypal themes, distorting them into a metaphoric hallway of fun-house mirrors. The book explores both the ways in which we project onto other people as well as different responses we can hold when projections are made onto us. Forget Freud! Ellison wrote one of the most poignant descriptions of projection I’ve ever read:

“I am invisible, understand, simply because people refuse to see me. Like the bodiless heads you see sometimes in circus sideshows, it is as though I have been surrounded by mirrors of hard, distorting glass. When they approach me they see only my surroundings, themselves or figments of their imagination, indeed, everything and anything except me.” 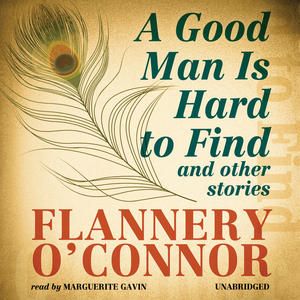 3. Ethics, Flannery O’Connor, everything she ever wrote:
When I was in my senior year of high school, preparing to move to the south for college, my English teacher gave me a giant book of Flannery O’Connor’s letters and told me that I’d better read her if I wanted to live in the south. Well, I did, and I fell in love. Nobody does ethics quite like Ms. O’Connor. She once wrote, “I am interested in making a good case for distortion, as I am coming to believe it’s the only way to make people see.” Man, if you’ve ever needed some distortion pushed right up in your grill, O’Connor is the one to do it. Her books are like strange puzzles that have helped me to navigate my own morality with one jacked up compass. Her writing is like an ethical obstacle course, but a really hilarious, strange, and grotesque one.

4. Death and Dying, Thomas Mann’s The Magic Mountain:
Poor Hans Castorp. He just went to visit his cousin in the tuberculosis sanatorium, and ended up staying for seven years. Thomas Mann’s Bildungsroman, or novel of formation, explores just about every theme possible, but what I got out of it was that Mr. Mann was illustrating the ways in which illness and despair can lead to higher consciousness and a transmutation of death. It’s definitely a novel about initiation through hardship. It’s also extremely long, and a giant magnifying glass for an examination of all things relating to death. One of my favorite quotations about death comes from this novel, “it is love, not reason, that is stronger than death.”

5. Family Systems, William Faulkner’s The Sound and the Fury:
What can I say, the Compton family is just way too good at being a dumpster fire. Whenever I’m in a class learning about family dynamics, I can’t help but default to thinking about their iconic ancestral wounding. The Sound and the Fury covers so many family traumas, it’s hard to even choose which one to focus on. Their story includes- but by golly is not limited to- incest, neglect, addiction/ mental illness, and unresolved grief. I had to read the book twice, but once Faulkner’s stream of consciousness clicked in, I learned some valuable lessons about what not to aspire to…

by Nicole Morgan, Copyright 2012 colored pencils and pen on paper For this project I pieced...

The Potency of Groups –…

Amy Hautman Bates I like Robert Waterman's concept of “The Studio" –  the sense that we...

The following images and words arose out of the 2014 spring Archetypal Psychology course. The students...