I didn’t know what to expect when I decided to go to Haiti. I realized when I was on the plane that I was partly, or mostly, going for selfish reasons. I was excited to practice art therapy and teach yoga in an environment I had never experienced, and I was looking forward to the challenge of expanding my professional and personal boundaries. For the past six years I’ve been studying Western models of trauma recovery, and have become increasingly frustrated around the suggested model of re-processing. Two years ago I began to incorporate aspects of yoga into my therapy practice as well as into my personal healing process. In trauma recovery, being fully present in the moment is highly emphasized. Art Therapy and yoga have the capacity to support an individual in being connected and present within themselves. When we are breathing and aware of our bodies we are able to find security. Part of successfully reprocessing trauma is grounding overwhelming experiences through being present in the moment and recreating safety in the body. Many people who have experienced trauma also experience a perceived disconnect between the body and the mind. It is my therapeutic intention through art and yoga to facilitate an embodied understanding that we are complete beings, operating as one, at all times. 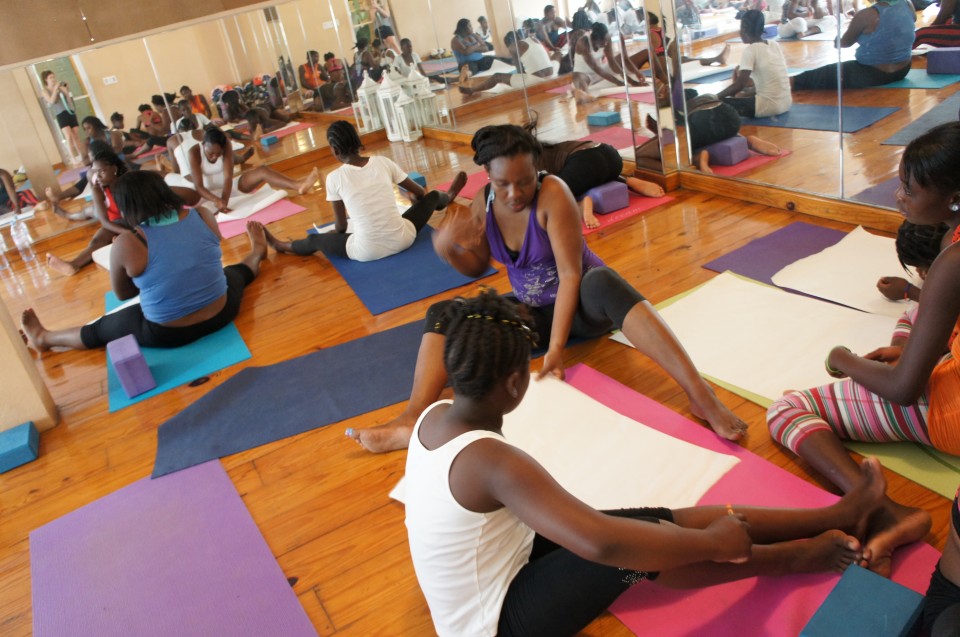 I went to Haiti to gain a deeper understanding of what it means to be resilient. To be a witness to humanity, and to learn a little more about how to stay present within my own discomfort. I was humbled there, as I am here, by the people I work with. There is a quiet strength that grows from being cut down to basic survival and finding the will to continue to move forward. The courage it takes to hope and reach for something more, breaks us open, as does the grace of getting up, one more time.

In the United States we see a lot of substance abuse and behavior addiction to soothe symptoms of trauma and/or other mental health dis-ease. In part this is because we are unwilling or unable to go through the muck of shear pain and loss that are at the core of re-processing these issues. The way out is to allow ourselves to feel it, to fully surrender to the depth of all aspects of life. It seems we may have traded our authenticity for comfort. As a culture we have a tendency to cover and dull ourselves with things, food, distractions of the internet, social-media, as well as the use of various substances. Our society tends to favor and reward people who move so quickly they don’t have time to emotionally take care of themselves or be present with their families. Our quality of life is becoming lessened by our insatiable desire for more and more distractions. As a culture we are becoming increasingly dissociated. Moving quickly past one another, unable to stay present with emotion or the silence of re-processing. There is a growing unconsciousness of disconnect between mind and body, and the price is much higher than we can discern.

Haitian history is extraordinary. African slaves fought for independence and Haiti became the first independent black republic. The people of Haiti have experienced tremendous suffering before and after the earthquake in 2010, and yet most of what I experienced was a celebration of life. As we got off the plane there was a band playing, welcoming us. Port au Prince is loud and chaotic. There are so many people everywhere, and many of them selling their goods on the side of the street. In the community, kids were running around playing and the parents were outside talking and laughing with one another. It was colorful, and the air was humid and hot.

For most people basic survival needs are a luxury. For many people there isn’t enough food, and the water isn’t clean enough to drink. Within the community I was working people had very little, and it wasn’t safe to be out after dark. Security was in every business, and in all the homes that could afford it. In Port au Prince we needed gas one night, and all but one gas station had run out of fuel. There isn’t enough resources for all the people, and at times I felt a sense of desperation in the collective. Within that desperation there was also trust. A trust that it’ll be ok, and some how needs will be met. During our work with the children, I realized that trust is their only successful option. 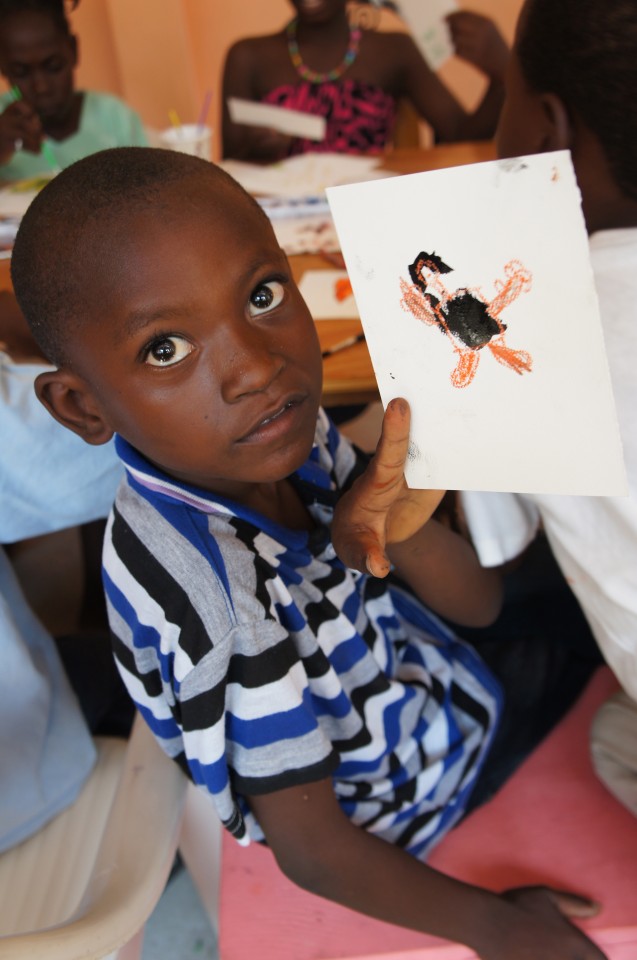 Trauma is a word that we use to describe the indescribable. Encompassing a continuum of how we have the capacity to rape another of humanity, as well as to describe the happenings of man and nature’s catastrophic disasters. Haiti has seen this spectrum, as have peoples in the United States and others around the world. There is a rawness and fragility to being alive. It seems to me that we spend so much energy keeping ourselves away from being seen, or only showing the parts we’re proud of.  So many of us are afraid of our softness and transparency. Pretending that this thing or another will shelter the fragile being that we are. That we can cover our nakedness, and hide our vulnerabilities from one another.  I didn’t notice this as much in Haiti. What I saw was an honesty that comes from sheer necessity. Life without pretense, and being an active member of a whole. As a culture in the United States we pride ourselves on our individuality and ability to stand alone. We don’t seem to embrace that humans need each other. That we are better together, and we learn from living, and loving one another. From caring enough to feel and share emotion. We may be afraid of something being lost or taken from us, and yet we can’t name what that something is. Possibly this is because what is essential in our being cannot be described with words and can never be taken. Can never be lost. We will never not be whole. It takes strength and courage to surrender our walls of distraction. To become present within the self, and practice being present with one another. On my return, I realized I went to Haiti because I wanted to understand more deeply what it means to be alive.

Jessica Callaway is a member of the adjunct faculty in the Art Therapy program at Southwestern College. She teaches Art Therapy Techniques and Multi-Cultural Art Therapy with Diverse Populations. She is a therapist for Circle of Life and the Eight Northern Indian Pueblos Council, inc. in Espanola, NM. Stay tuned for a presentation by Jessica about her experience in Haiti.

Mandalas and Thoughts at Week…

by Debbie Schroder Program Chair for Art Therapy/Counseling Program  It doesn’t really surprise me that as...