The Southwestern College Masters in Counseling Program: What makes us unique?

The answer to the question “what makes us unique?” depends on who you ask.   The following anecdotes will give you a flavor of what I mean…

Recently, I had a conversation with a woman who graduated last year.   We were having coffee and speaking of many things.    Inevitably the topic of her two years at Southwestern College arose.  Since she was already working   as a therapist on one of the local Pueblos, she began reflecting on the relevance of her education to her new position.   “Working with the Indians is amazing and a whole new world, and I don’t know how I could have made such a smooth transition without some of the experiences I had as a student,” she said.  I wanted to know what, exactly, had helped her, a white woman, feel at ease in an environment very new to her.  “Well, the main thing for me was that many of the classes helped me develop a deep sense of compassion for myself and others.   No matter who the client is that I’m sitting with, I can relate to their experiences.  I feel connected, no matter what they are telling me or what their background is.”    She gave me an example.  An elder in the tribe had asked her to make a home visit.  The therapist had not met any of the grandmothers or grandfathers yet, so was excited but also a bit nervous.  She imagined the grandmother might have some serious health problems or perhaps lacked basic services.    Instead, the elder who answered the door simply said, “Let’s have tea” and went into the kitchen.  The therapist followed her and sat down at the kitchen table.  After a bit, the grandmother began telling her the stories of her children and grandchildren, and pretty soon wanted to take her out back to see her animals.   After admiring the pigs, and petting the dogs, they went back in   the house and the conversation deepened into her sadness at the loss of her husband of many years.   The therapist quickly realized she wasn’t there to “fix” anything…she was simply a compassionate and interested witness and good listener.  Since that initial encounter, the therapist and the grandmother have created a solid bond, and for this young woman, it has been profoundly transformative for her to realize she can create meaningful relationship with a woman three times her age and from a vastly different cultural experience.   “Hearing the stories of the tribal elders has been incredibly rich and I know I wouldn’t have been brave enough to pursue this position at the Pueblo  without some of the experiences I had at SWC” she told me.

One day I met with a woman who   supervises some of our interns.  “I want to work with your interns because even though they haven’t graduated yet, they are already good and very professional therapists.” I was a bit surprised to hear her speak of our students as “professional therapists” so early in their career, so she  elaborated by saying that SWC Counseling students already have professional level listening skills by the time they reach internship, and have the ability to empathize with all types of clients.  Even though they haven’t yet developed the skill base of an experienced professional, they are still effective because they are so “tuned in.”  I asked her if this was unusual (knowing she also supervised counseling interns from other graduate schools).  “Are you kidding?  Definitely SWC interns are unusual!  With students from other schools, it often takes many months before their therapeutic presence really kicks in.  But SWC interns start out that way!  They are up and running at the very beginning!” 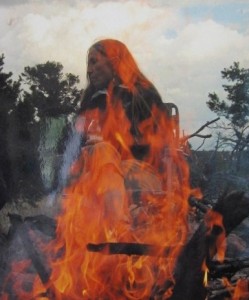 And finally, I happened to speak with an acquaintance from the community who had completed a few months of therapy with an SWC graduate in private practice.  “Well, I’m still here,” he said a bit sarcastically.  “Not sure I would have made it if I hadn’t seen Bill (not his real name) for therapy.  I tried other therapists, but Bill really “got” me.  No doubt about it.  With all my warts and stupid stuff I’ve done, he just didn’t flap.  Never judged or criticized.  Had some good feedback for me, but never got mad if I relapsed or didn’t follow through.   He is the most patient man I’ve ever met.”

After these three recent encounters, I felt so proud of our counseling students and our program at SWC! I love these stories, because it seems to me that spontaneous stories like these are the best “data” we can gather about the effectiveness of our counseling program.

The Southwestern College Masters in…

Values and Understandings of Southwestern…

A bold and beautiful articulation of the Values and Understandings of the Southwestern College Art Therapy/Counseling...

Why Southwestern College for a…

Reasons why you want to get your Master's in Counseling at Southwestern College in Santa Fe,...