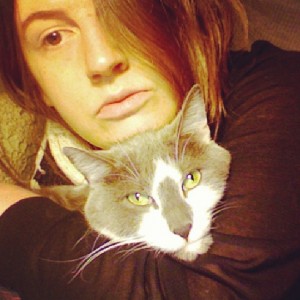 My cat and best friend, Franco, has turned into a real jerk. I think it’s my fault, because I created that monster. I did it with the best intentions, though…

When I moved to Santa Fe, my five year old cat, Franco, formerly known as Mister Baby, became very ill with what is called Chylothorax. Chylothorax is a filling of the lungs with fatty fluid and the prognosis is quite lugubrious. Poor Mister Baby couldn’t move. Every time he got up from his slumber, he struggled for breath with his mouth wide open. Mister Baby had always been quite stocky, but he was looking really bad, like Tom Hanks did at the end of Philadelphia.

I had his lungs drained at the vet a few times. They told me it was time to put the little guy to sleep. I tried calling to make an appointment to send Mister Baby off to his next life, but I just couldn’t do it. I hung the phone up before the vet answered. 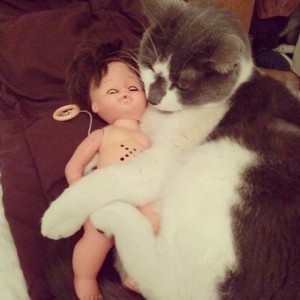 Then I remembered what Viktor Frankl wrote in Man’s Search For Meaning, “If there is a why, then there is a how.” Mister Baby just needed a raison d’être (reason to exist) and everything would be ok!

So being the nerd that I am, I decided to give Mister Baby a reason to exist, Viktor Frankl style. I changed his name to Franco after St. Francis of Assisi, and bought him a can of salmon. Franco’s illness had made him unable to eat his cat food, but when I put that salmon out, he scarfed it down. Franco had always liked red wine, so I started giving him that as well. Everyday we spent an hour in the backyard reading Thomas Mann’s 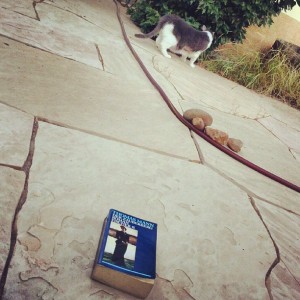 The Magic Mountain in German, but I told Franco the book wasn’t about dying people in the tuberculosis sanatorium, but about dying cats. He was living the high life– salmon, red wine, and good literature. And yes, I am aware that most of this sounds insane, but it’s also hilarious.

Soon, and I am not kidding you, Franco stopped panting. He started putting on weight. He ran around the backyard without getting short of breath. Six months later, which was last weekend, Franco climbed his first tree. I am crossing my fingers, but it seems like the little dude is a lot better.

The only problem is, that he now acts like that little girl from Charlie and the Chocolate Factory. Instead of screaming that he wants a golden goose, he screams for salmon, ALL. DAY. LONG. He’s a spoiled brat, but I guess that’s what happens when your reason to live, or your why to live, becomes salmon and red wine… 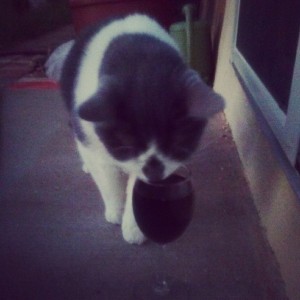 Style and Self-Expression at Southwestern…